Roger Eller didn't want a smart watch set just to sync with his phone, he also wanted the opportunity to explore programming one with LiveCode. After thorough research, he bought a "SmartQ Z Watch" which runs Android 4.4 kitkat.  The watch had an almost immediate effect, "Having the full Android OS on your wrist, makes you feel like you're from the future."

When the watch is connected to a computer, it is seen as a generic Android Tablet. So programming it from LiveCode really was a case of "Plug & Play". I'll let Roger tell the rest of his story:

"Since the device is primarily worn as a watch, I wanted to put together an analog watch face. So I grabbed a LiveCode script off the Rev Online user contributions site.  I simply scaled the stack to fit a 240 x 240 pixel screen, and built an apk.  WOW!  It worked!" 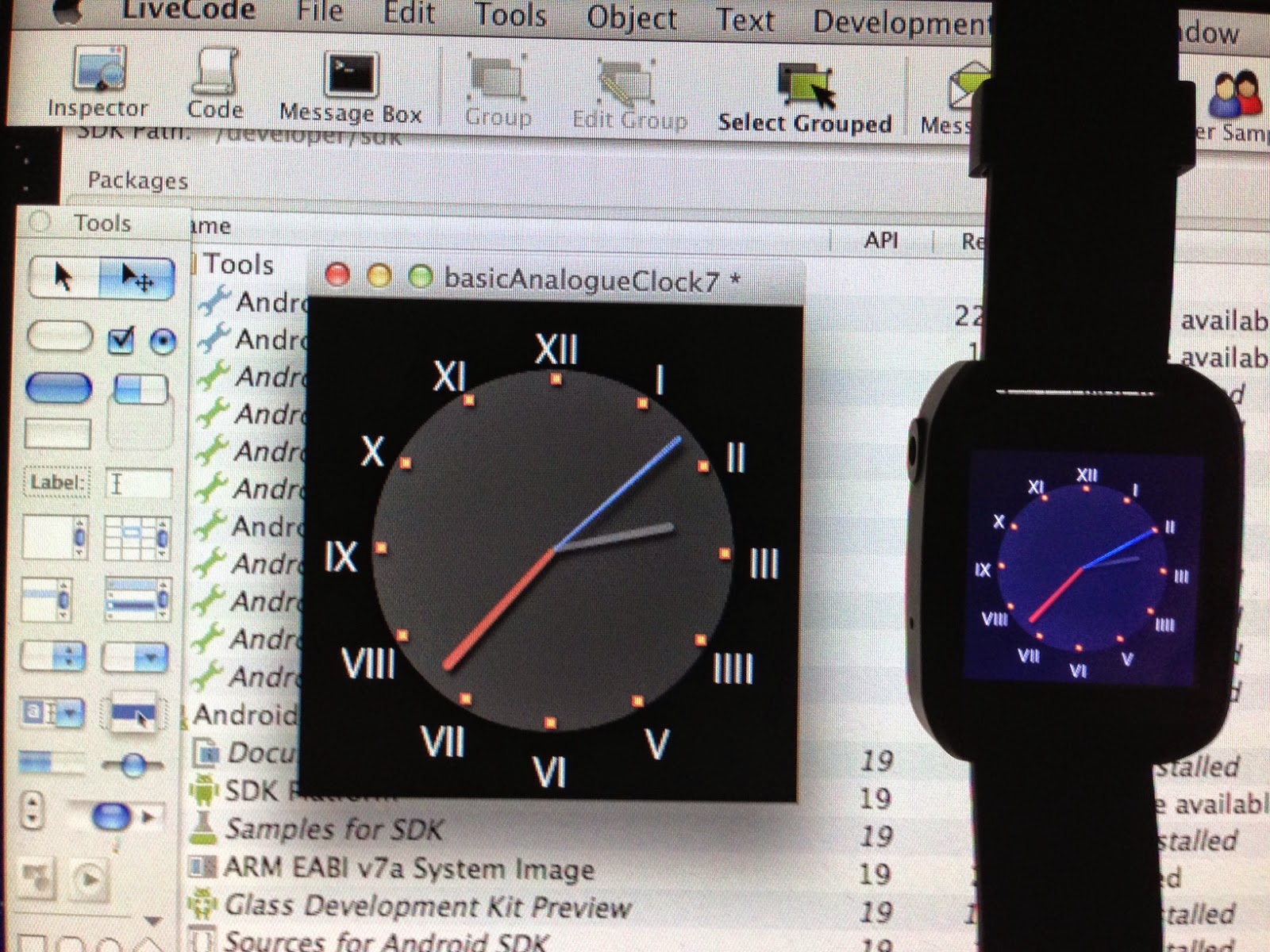 "So now I'm hooked, and being a Star Trek nerd, my first watch app obviously had to be a LCARS watch." 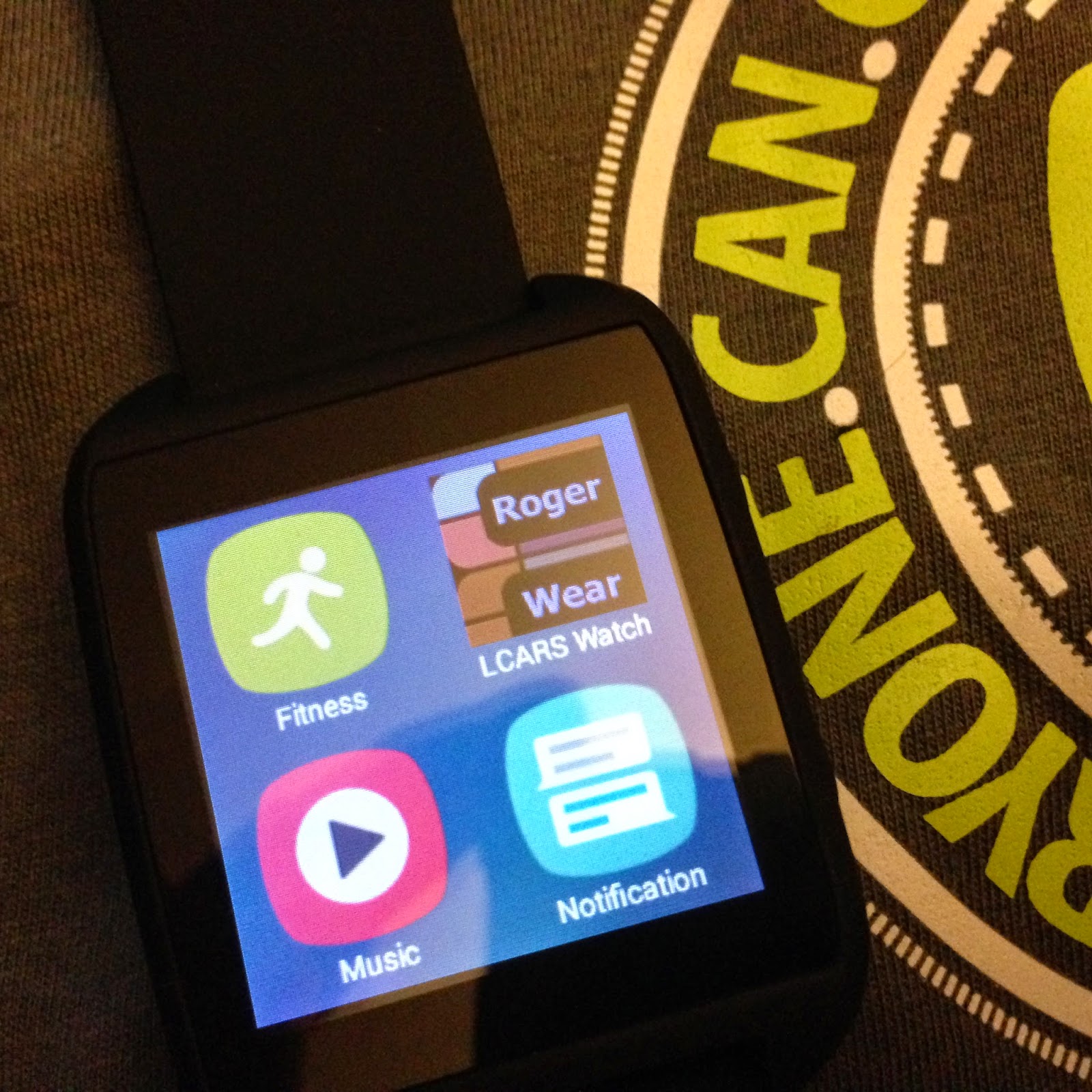 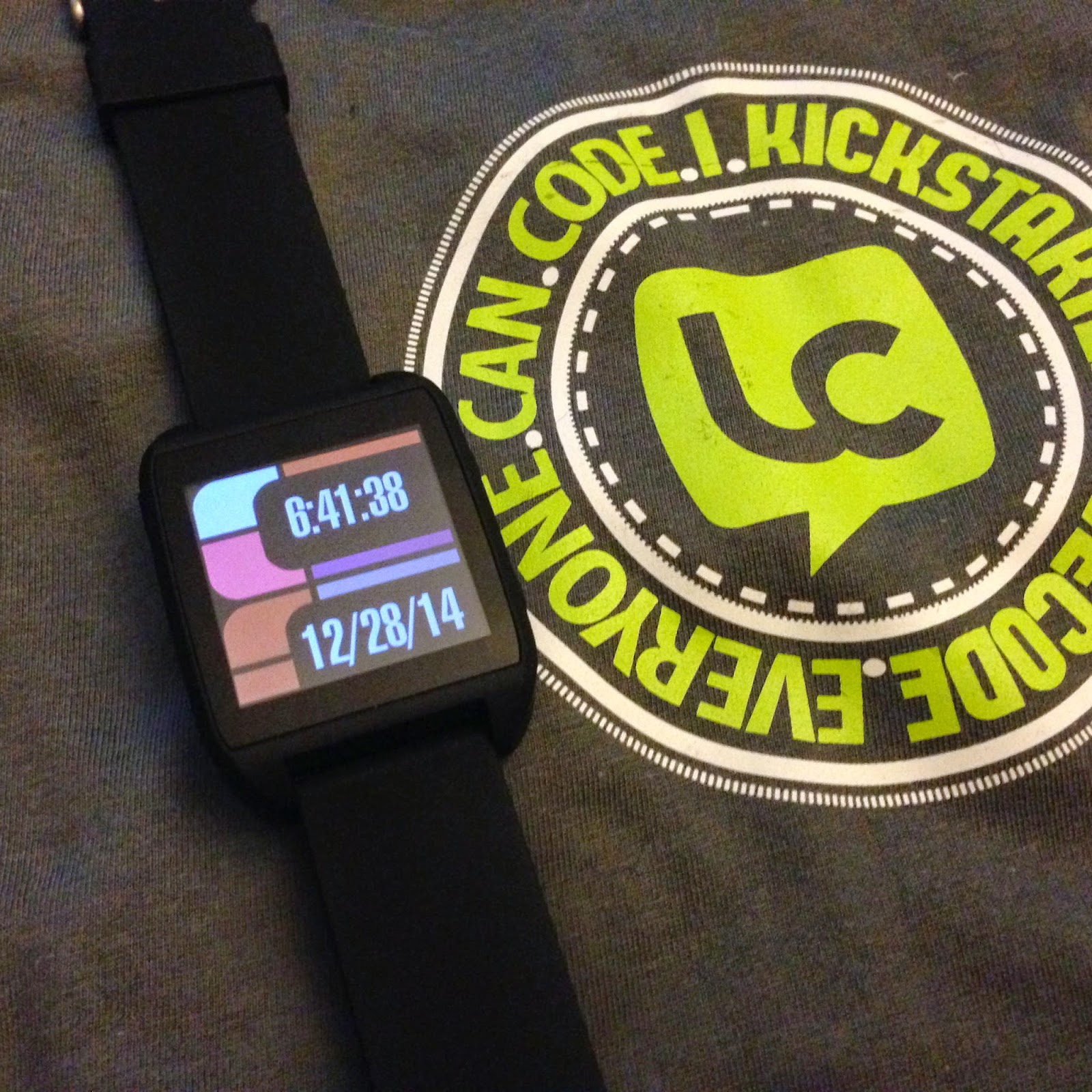 "Now that my watch brain has started ticking, I'll be making more tiny, tiny apps. It would be nice to support the official Android Wear devices in the Google Play Store, but we need Runtime Revolution to add support for their new API.  That said, the SmartQ Z Watch is still a wonderful device, and best of all, it works with LiveCode - out of the box."
Posted by Peter W A Wood, Programmer at 11:17